Our Dolphins Swimming Free in the Turks and Caicos Islands 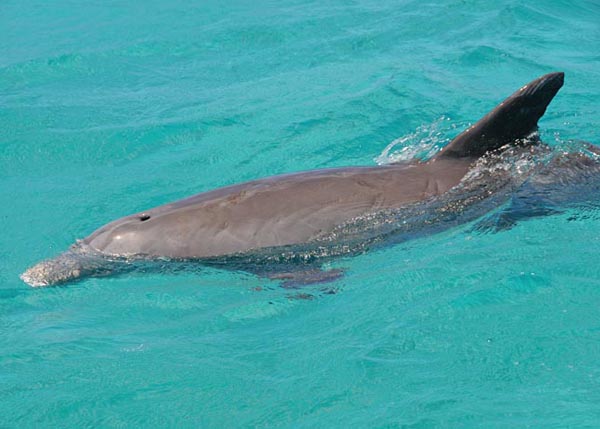 The Turks and Caicos Islands National Treasure JoJo has distinctive scars from running into boat propellers.

Since the early 1980s JoJo the Bottlenose Dolphin has patrolled the pristine waters of Grace Bay. He has also visited Grand Turk on occasion. He has entranced tens of thousands of visitors who have watched him, in awe, from the decks of charter sailboats and motor vessels and dive boats. Swimmers in Grace Bay have soft encounters with this gregarious marine mammal on a daily basis. He is wild, he is free and he chooses to spend time with the ungainly humans who invade his territory. JoJo is a National Treasure who represents the Turks & Caicos Islands to the world. 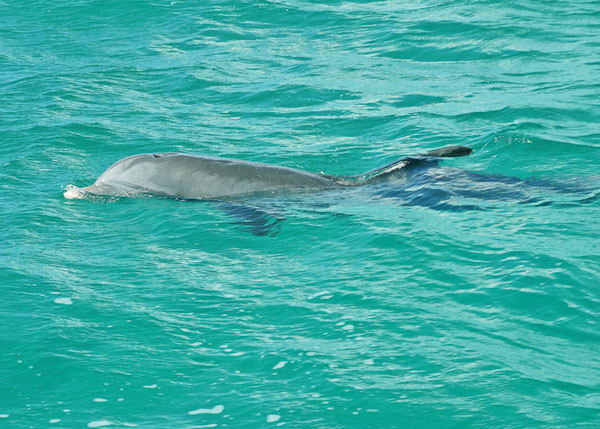 You may be fortunate to see the Turks and Caicos Islands National Treasure JoJo in Grace Bay.

In early 1991 dedicated animal rights advocates in the TCI and their counterparts in the UK arranged for the last three dolphins held in captivity in the UK, Rocky, Missie and Silver, to be flown here and rehabilitated in the crystal clear waters off the Caicos Conch Farm. They were successfully released “into the blue” off West Caicos in the late fall of the same year.

The Turks and Caicos has the most extensive national parks system and protected land and sea areas in the Caribbean and the National Trust is doing a superb job, with few funds and little manpower, to protect and preserve our Heritage Sites. 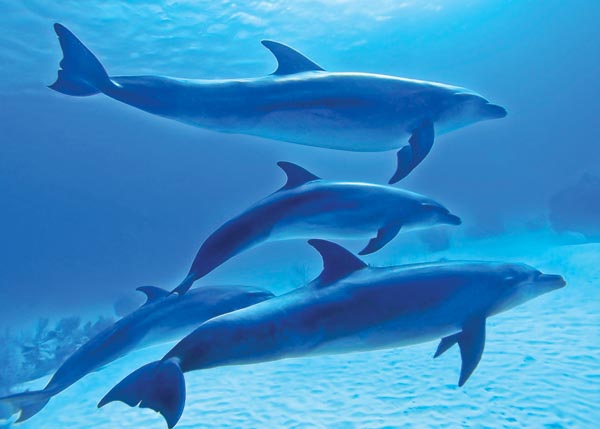 The actions and laws of the Turks and Caicos people and their Government proved that this country truly was Beautiful by Nature and deserved that motto, which we adopted so many years ago.

Sadly that is no longer true. The government and a small, vocal sector of the country’s population have turned their backs on our reputation as careful, caring stewards of the environment, in exchange for a handful of jobs at a dolphinarium for cruise ship guests to visit on Grand Turk. 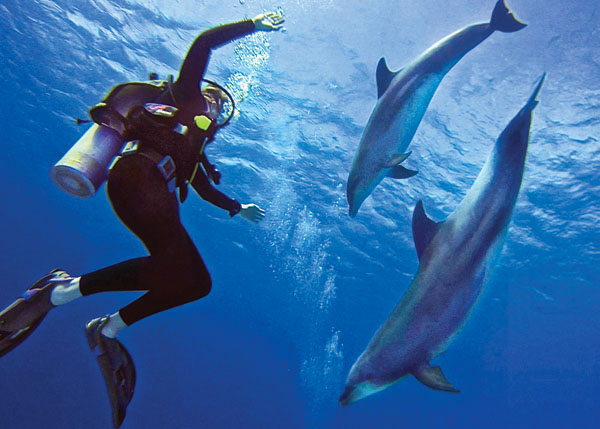 If you feel, as we do, that punishing these innocent, intelligent creatures by penning them up, doping them up and forcing them to perform for food is not what you want or expect to see in the Turks and Caicos, please let your views be known to our Tourist Board and to our Government. 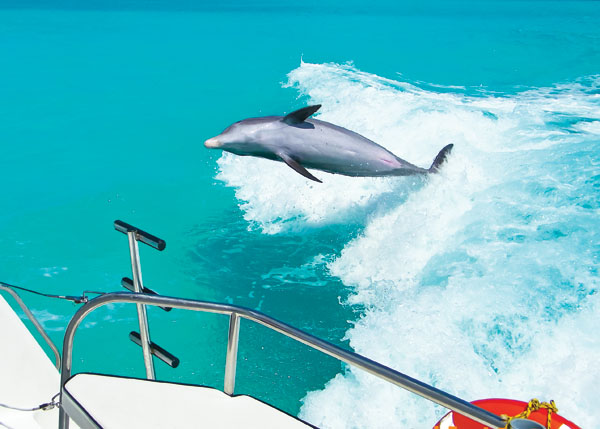 Photo by Kenard Cruises of Jojo jumping in the wake of "Dream Aweigh".

If you are unsure, or have no opinion about captive dolphins, we urge you to do a little research about this issue. Below you will find references and websites to many scholarly works and research papers on captive marine mammals. 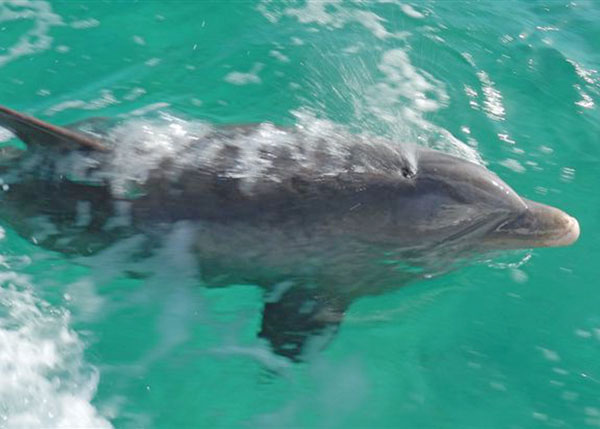 Jojo swimming alongside the boat. Photo by Caicos Adventures.

TCSPCA: http://tcspca.com - Donate to the Dolphin Defense by purchasing a DVD of the Rocky, Missy, Silver story “Into the Blue”.

In The Bahamas Re Earth group just won their court battle to prevent the building of a fourth captive dolphin facility there.

Dr. Lori Marino is a neuroscientist at Emory University.

See her research at www.discovery.com and search for ‘captive dolphins’ on this site 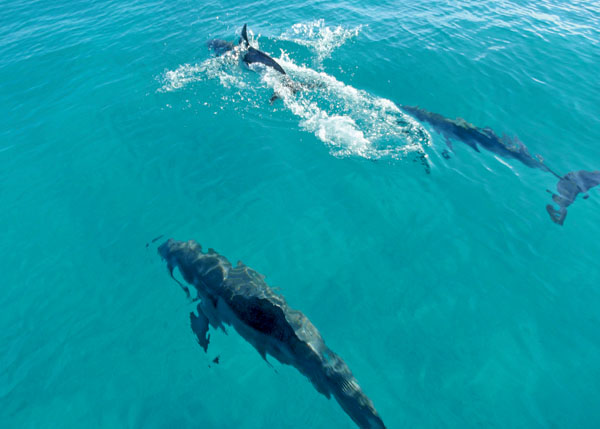 Wild dolphins swimming alongside the boat. Photo by Caicos Adventures.

The Dolphin in the Mirror by Diana Reiss

The Dolphins of Shark Bay by Pamela Turner