Uninhabited Turks Cays in the Turks and Caicos Islands

The uninhabited Turks Cays can be reached only by boat from Grand Turk and Salt Cay. Trips can be arranged for picnics, snorkelling and deserted isle adventures. Please do not litter. 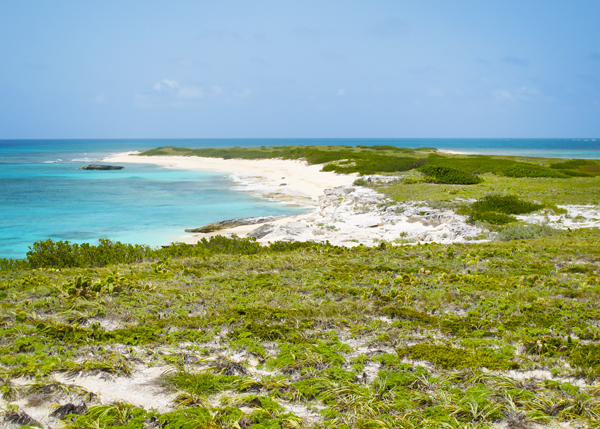 Big Sand Cay Sanctuary, is a remote island that lies 6 miles south of Salt Cay in the Turks Island group. It is the last landfall stretching southeast through the Bahamian chain and is a popular anchorage. The island is protected as a bird sanctuary and requires special permission to land on it. A spectacular beach runs down the western side and a high bluff, Beacon Hill, dominates the center. Treacherous rocks guard its northern approach but provide excellent snorkelling in calm weather. It is an amazing place to explore or have a picnic when out boating in the area and an advantageous spot to watch for migrating humpback whales in the winter months. There are exciting stories of pirate treasure buried here as well as numerous shipwrecks on the reefs nearby. HMS Endymion, a 44-gun British warship is probably the most famous of these, she ran aground on uncharted reefs 5 miles to the south of the cay in 1790. The mammoth anchors and chain can still be seen today. A trip to Big Sand Cay in mid-August one year revealed a group of mating nurse sharks and it is assumed, like other areas of the TCI, that this is an annual event. 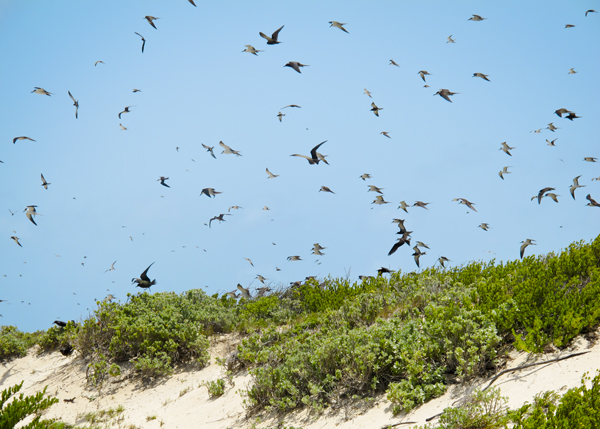 Thought to be the location of a French gun emplacement during the 1780’s called Fort Castries. Now home to a huge population of seabirds, including sooty and noddy terns. An excellent picnic and snorkel destination. Shallow water “Stingray Encounters” are a popular half day boat trip approximately one mile from Grand Turk.

A sanctuary for the rock iguana. Sea-going terns stop at Long Cay to nest and raise their young, fearlessly employing dive-bombing skills to strike at predators or intruders.

Ruled by a rare colony of magnificent frigate birds. These birds never alight on land or water as their large wings and short legs make it hard to take off unless perched on a high rock.

Hike to see a large colony of the native Turks Head cacti in the wild. Home to nesting gulls and terns.